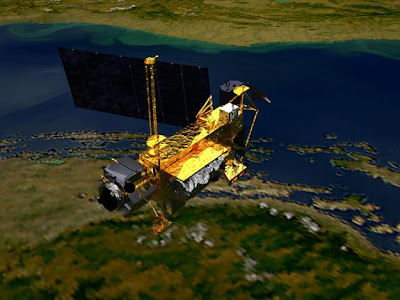 An abandoned 6.5-ton satellite, UARS: Upper Atmosphere Research Satellite reentered the earth's atmosphere. NASA reported early this morning that it does not know where the remains are located. This is a perplexing statement from the "people in charge" of this operation. One would like to think that their tracking equipment could actually track the huge installations they have launched into space. Orbital debris, a.k.a. Space Junk is increasing.

NASA Officials said "it entered the atmosphere somewhere over the Pacific Ocean" but the "precise re-entry time and location are not yet known with certainty."