The Secret Life of Clouds: CloudSat 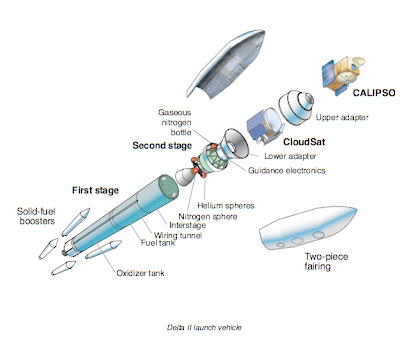 The Secret Life of Clouds: New Findings From NASA's CloudSat and A-Train12.12.07

A little more than a year and a half into its primary mission, NASA's CloudSat satellite, working in tandem with the other Earth-observing satellites in NASA's "A-Train," is now yielding a treasure trove of new data that are helping scientists better understand the enormous influence clouds have on Earth's weather, climate and energy balance. Researchers present results that include discovery of a link between observed decreases in polar clouds last summer and a corresponding loss of Arctic sea ice; surprising new global estimates of how frequently clouds rain over Earth's oceans that suggest the need to reassess the intensity of Earth's water cycle and its impact on climate models; and the first global evidence that the small aerosol particles in our atmosphere may be polluting clouds, making them more reflective.

http://www.nasa.gov/mission_pages/aim/mystery_clouds.html
Posted by Flying out of this World at 11:19 AM