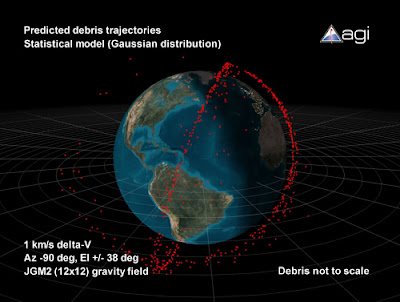 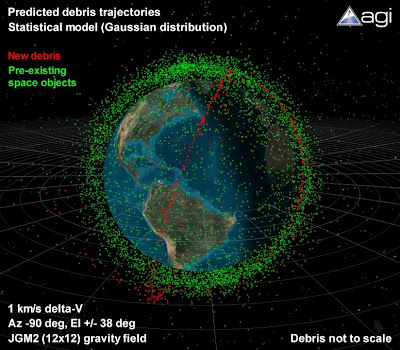 New Scientist reported on February 12, that two space satellites smashed into each other on Tuesday in an unprecedented orbital accident. Government agencies are still assessing the aftermath, but early radar measurements have detected hundreds of pieces of debris that could pose a risk to other spacecraft. As first reported by CBS News, a defunct Russian Cosmos satellite and a communication satellite owned by the US firm Iridium collided some 790 kilometres above northern Siberia on Tuesday, Feb. 10, 2009.

"This is the first time that two intact spacecraft have accidentally run into each other," says Nicholas Johnson, chief scientist of NASA's Orbital Debris Program Office in Houston, Texas.

More info at NEW SCIENTIST.
Posted by Flying out of this World at 10:33 AM