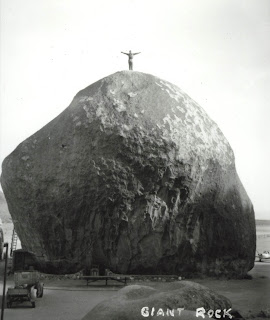 In 1947 George van Tassel, a former aircraft mechanic and flight inspector for Howard Hughes, moved to Landers, California where he purchased “Giant Rock,” a massive 7 story freestanding boulder. With the intent of launching a tourist attraction, van Tassel opened a café and airport near the rock, which happened to be a sacred site revered by the Native Americans. Years before, a prospector named Frank Critzer excavated a series of tunnels and caves beneath the sacred rock. Critzer was considered somewhat of an eccentric, and as he was a German immigrant “mining” beneath the Rock during World War II, he came to be suspected a spy. He was tragically killed in a police siege at the base of the Rock in 1942. Van Tassel occasionally worked with Critzer in his uncle’s garage and learned of Giant Rock through him. 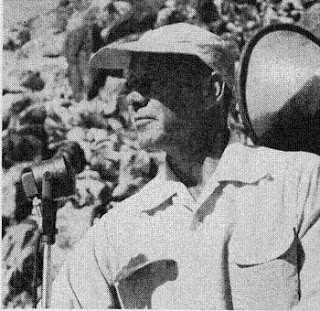 After acquiring the site, van Tassel began to regularly meditate within Critzer’s caves. In 1951 he claimed that during meditation he had “astrally projected” to an alien spaceship orbiting the earth, where he met the omnipotent Venusians (travelers from the planet Venus). Purportedly, after several “astral” visitations, the beings from the “Council of the Seven Lights” visited him on earth and instructed him to build a structure to “extend human life.”

Van Tassel began building a wood and fiberglass structure that he deemed “The Integratron.” The design was based upon a domed machine he allegedly encountered while aboard the Venusian flying saucer. Van Tassel proposed that the Giant Rock site was a powerful vortex, and that a domed building would concentrate the earth’s natural energy. Human visitors could harness this energy and focus their own electrical forces to create “resonance” and recharge their cells like a battery. He did warn his followers to exercise caution when telepathically communicating with the “Space Brethren” inside the Integratron ….due to the potential of over-stimulation resulting in spontaneous human combustion. 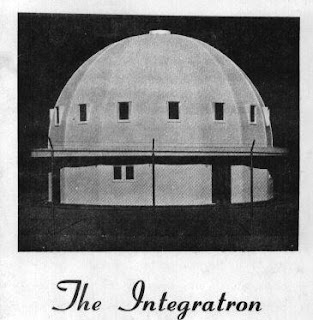 Van Tassel founded a research organization known as the “Ministry of Universal Wisdom,” and began hosting an annual UFO conference called the Giant Rock Spacecraft Convention (1953-1978). Needless to say his airport and café were never more successful. He continued to make slight alterations on the structure until his death in 1978. 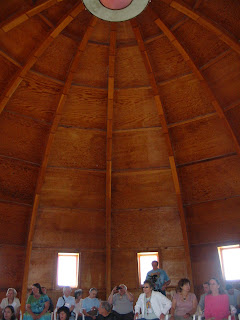 Post: In the early spring of 2002, Giant Rock split in two. The structure now exists as a roadside tourist attraction, though there have been several proposals to convert it into a Joshua Tree disco. A loosely organized UFO-cult called the Ashtar Command now claims to have resumed van Tassel’s original vision.

Posted by Chelsea Noggle at 4:51 PM