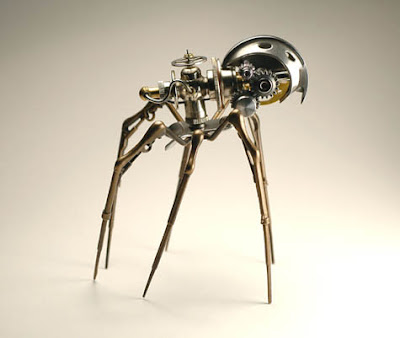 A Steam Insect by sculptor Christopher Conte; photo by Amanda Dutton/Synesthesia Photo
"The next time a moth alights on your window sill," New Scientist warns, "watch what you say. Sure, it may look like an innocent visitor, irresistibly drawn to the light in your room, but it could actually be a spy – one of a new generation of cyborg insects with implants wired into their nerves to allow remote control of their movement." 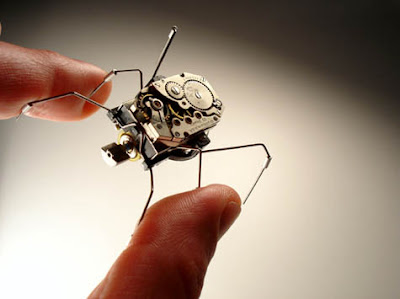 The sculptor who made these insect robots above, Christopher Conte, began taking college art classes at age 6 on the recommendation of his first-grade teacher! After having completed a BFA at Pratt, he makes prosthetic limbs as well as sculptures. His website: christopherconte.com
Posted by Flying out of this World at 3:05 PM