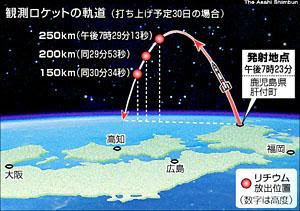 a “space fireworks” show consisting of three balls of red light in the sky, each glowing as bright as the moon.These luminous orbs will be the result of three clouds of lithium vapor released into the ionosphere by a rocket launched in an experiment to study the atmosphere. The red glow will be caused by sunlight striking the lithium vapor clouds as they disperse. “In the first few seconds after each lithium release, the light should become as large and bright as the moon,” says team member Masayuki Yamamoto, a professor at Kochi University of Technology.The researchers, who come from the Japan Aerospace Exploration Agency (JAXA), Hokkaido University and Kochi University of Technology, say the purpose of the experiment is to study atmospheric flow in the ionosphere at an altitude of between 100 to 300 km. This area of the atmosphere is difficult to study because satellites typically must remain at altitudes 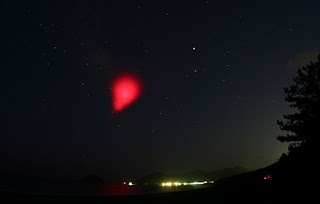 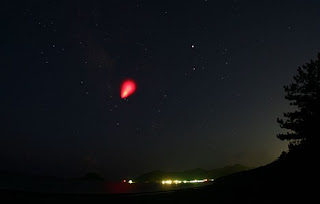